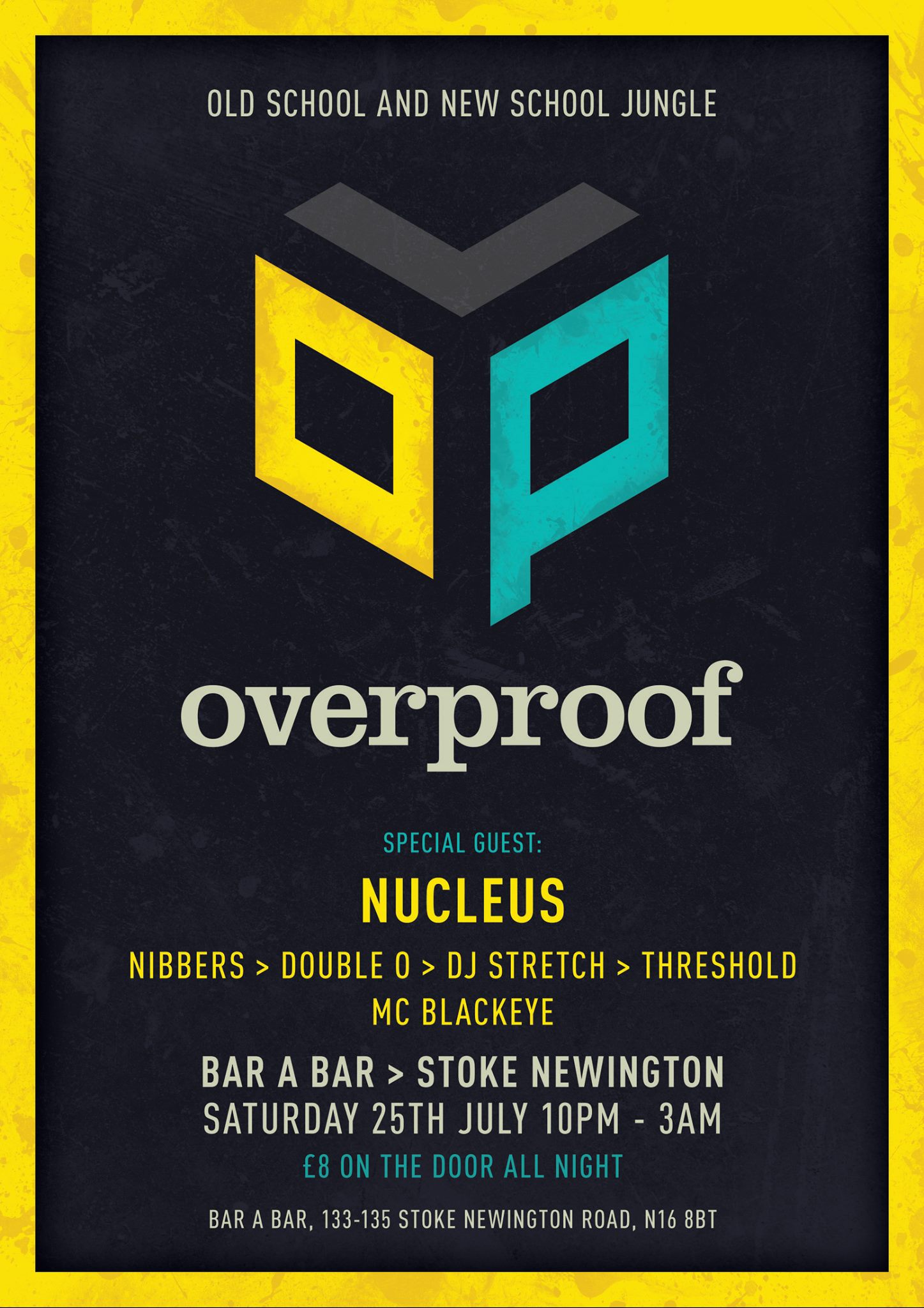 On the line up are..

Fierce was originally planned as special guest, but due to unforeseen circumstances is not playing and Overproof have now invited DJ Nucleus to play.

Nucleus has been releasing great music since the early 90s, notably on Metalheadz & with Paradox on the Esoteric Music imprint. He also regularly graces the decks alongside Dj Trax for their monthly radio show Catch a Groove on jungletrain.net

Overproof t-shirts are now available to buy online at £12 and a very limited amount will be available on the night, along with some AKO and Rupture t-shirts too.